While Congress continues to propose dangerous legislation to weaken Title IX, Wendy Murphy is pushing federal agencies to hold the line on civil rights and ensure women's safe and equal access to education.

To help prevent the sexual abuse of students in public K-12 schools, 46 of the 50 states and the District of Columbia surveyed by the General Accounting Office (GAO) required background checks of applicants–such as teachers or bus drivers–seeking public school employment; however, the methods and sources varied widely. Forty-two states established professional standards or codes of conduct for school personnel, and 22 of those included information on appropriate boundaries between personnel and students.

Campus Report: Anatomy of a Rape Case at the University of Virginia

“This was a very difficult case. Ms. X provides a very compelling and believable account of the events and has clearly been affected by this incident. Mr. Y, your behavior was crass and disrespectful but this panel could not come to a unanimous conclusion that the policy had been violated in this instance. That said, this panel urges you, Mr. Y, to evaluate your actions and your treatment of women in the future. We would strongly suggest that you consider counseling around the issue of consent and respecting the wishes of your sexual partners. The panel wishes Ms. X well as she continues to work through the trauma that this incident has clearly caused.”

These are the words that Dean E. read out loud at the conclusion of a grueling ten-hour hearing in which I had to single-handedly defend my case against the person who had drugged and raped me last December.

On April 28, 2014, the United States Department of Education Office for Civil Rights released a new guidance entitled Questions and Answers on Title IX and Sexual Violence.Here is their summary of the Guidance.

Late yesterday the White House Task Force to Protect Students from Sexual Assault released its first report entitled Not Alone. Here is the report's executive summary and a link to the report. 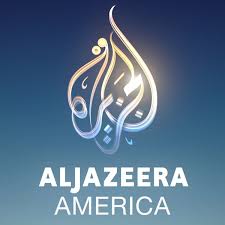 Nonconsensual sex is sexual assault. Several schools make that clear. In Princeton University’s policy, for example, next to the category “non-consensual sexual penetration,” it states in parentheses that the act is “commonly referred to as rape.” And next to “non-consensual sexual contact,” the act is “commonly referred to as sexual assault.” But the reason that hearing boards winced at the word “rape” is the exact reason activists think the term is important: It’s violent and powerful, and does justice to the violation that victims experience. Anti-rape campaigners have pressed their communities to understand what rape is, and how much it happens. Many see “nonconsensual sex” as a harmful euphemism.

An Open Letter To University Presidents About Campus Sexual Assault

On March 7 2014, you were granted unprecedented authority to engage in gender discrimination and explicit subjugation of women on campus. Bestowed upon you by Congress, the Campus SaVE Act (SaVE) provides that the redress of civil rights violence on the basis of sex should occur under less protective standards compared to civil rights violence on the basis of all other protected class categories such as race, national origin and religion.

A recent survey of 1,391 students from four Midwest middle schools (grades 5-8) indicated that middle school-aged students are experiencing real acts of sexual violence. The survey sample was evenly split between boys and girls.

Campus Update: Why Am I Afraid?

I am currently a freshman at Fordham at Lincoln Center, a Jesuit university in the heart of New York City. As a newly independent young woman, I follow these basic rules along with a few extras: don't ride subways alone after 10 PM; don't go out without telling someone when you'll be back; and if you notice someone following you, take a circuitous route to maximize the number of open businesses and potential safe havens you pass. And it constantly occurs to me that all of these apprehensions are completely unfair. I should not be afraid of walking home, I should not be afraid of running alone in the park, and I should not be afraid of the guy staring at me through the Starbucks window as I write this. But I am.

On April 20 of that year, Karasek says, she and three other women walked into Berkeley’s Center for Student Conduct to report that the same student had assaulted them. They told their stories to several administrators, including the school’s Title IX officer, Denise Oldham. At the meeting with Oldham, who enforces women’s rights to equal education under Title IX, Karasek says they were asked to write statements about the assaults. She assumed this was a formality and didn’t submit hers for almost a month. One woman, she says, misunderstood and didn’t write anything. Karasek says the school never followed up with that student. “She thought that telling her story out loud counted as informing the school,” she says. Berkeley acknowledges that a verbal report is enough—but Karasek says the women don’t know if that complaint was ever addressed. Berkeley says it can’t comment on specific students’ conduct cases and refused repeated requests to make Oldham available for interviews, saying “she’s focusing all her attention on addressing the situation.”